The Mysterious Case of the 2nd Personality: a Psychological Detective Story

The Mysterious Case of the 2nd Personality: a Psychological Detective Story 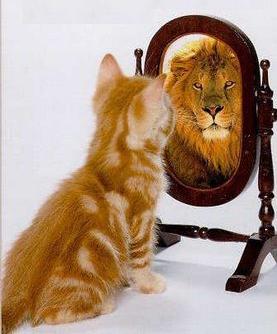 What I am here unfolding [about the second personality, the internal other]…was something I was not then conscious of in any particular way, though I sensed it with an overpowering premonition and intensity of feeling. At such times I knew I was worthy of myself, that I was my true self. As soon as I was alone, I could pass over into this state. I therefore sought the peace and solitude of this “Other,” personality No. 2 (ibid, p. 62).

Jung goes on to speak at length about this second personality in Memories, Dreams, Reflections and how the awareness of this internal other, so different from his conscious ego personality, affected him and constituted a kind of guiding light. I think it would not be incorrect to say that his idea of individuation is also informed by this inner experience. Something along the lines that the individuated self is the realisation in consciousness and in one’s life of the presence of this second latent personality. So this is a radical break with Freud and earlier ideas about the tension of opposites between the id and the superego. For Jung one might better frame it as the possibility of psychological transmutation. That the conscious personality has a greater counterpart in the unconscious and this constitutes the idea of Jung’s second personality. HOW REALISTIC AND PRACTICAL IS THIS IDEA? Let us start by conceding that, like so much of Jung, it is a very romantic idea. I know for many prominent Jungians and post Jungians this idea has lost its appeal and is definitely not the goal of analysis. However I would speculate that the impulse for individuation still continues to motivate the majority of Jungian analysts in their work with their clients (or patients, I’m never sure :)). It is a very dangerous idea. The possibility that you are not who you think you are and have a ‘destiny’ is the kind of idea that can, and sometimes does, destroy lives. As we all know, only too well, it may sound very blasé to be average or normal, but actually that takes a hell of lot of work. And it doesn’t take much to deconstruct that edifice. Juxtaposed against this consider not only the really big personalities throughout history, but everyone whose contribution to the world exceeds their personal interests must, in some sense or another, be accessing this 2nd personality. The first personality, the conscious ego identity, is the smaller, personal self. Whereas the second personality, at least in Jung’s framing, has the possibility for original, creative and transpersonal (exceeding the personal domain) contribution. If you think of any person who is in an official role, from a governmental clerk, a doctor, a mercenary, an actor to a politician, it is inasmuch as this person fulfils their official (non personal) role that they become a big personality. When I say ‘fulfils their role’ I mean brings their genius to bear on this role. If we think of Moses, Albert Einstein, Alexander the Great or Jesus Christ it is not the subtle nuances of their personal and private self we celebrate but their genius in their role they chose to play. Like so much in psychology and life we should not confuse ourselves by taking this idea too literally. This metaphor is not meant to suggest that two totally separate and autonomous selves reside in your breast. Rather it is a very useful metaphor to illustrate different capacities we carry with ourselves, one of which, in this case, is frequently latent and holds great potential. So with the Suspect In Hand it is off to the Judiciary With that I’ll leave you to ponder the following: • Have you accessed your second personality? • If yes, are you giving it the context, support and attention it needs to fully actualise? • If not do you have any inkling of what it may be? • Assuming you do (and you probably do if you really honest with yourself :)) what prevents you from accessing it? • Following on for the last question, what would need to change in your life in order for you to access it? If you found this post interesting you may want to look at these: The Genius-Demon of Women: and the Challenge of Staying Sane after 35 The Birth of Self Until we speak again, Stephen.

A tool to identify your transference: understanding your unconscious communication in relationships