Where do you draw the line between accommodating others and being abused?

Where do you draw the line between accommodating others and being abused? 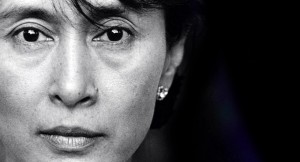 I am not an accommodating person. I draw a line quickly and if you cross it, well that’s it for our relationship. When I was younger, I was just too nice and accommodating and that allowed people around me really take advantage of me. I took a lot of abuse from my friends and peers. My feelings were always sacrificed for another’s happiness or needs.  There were many times I felt badly hurt and neglected and ignored. I had to draw a line eventually. I still do this, protect myself from “abuse”. But a part of me is conflicted. As an adult, I have grown to believe that things are not random, that people are in my life for a reason. How am I going to find out what the reason is if I don’t allow the relationship to develop? Should I accommodate people or not? Where do you draw the line between accommodating others and being abused. Cutting people off The whole new age movement is all for cutting people who don’t add to your happiness or success. Tough love is one example. Many life coaches, positive thinking representatives and personal growth guru’s are quite clear about how negative people drag you down. I myself have bought into it. But yet there is that niggling at the back of my mind which has a problem with this approach. It just seems so selfish to me. I believe that the people in my life are there for a reason. Perhaps to teach me something about myself or for me to teach them something about themselves. Conflict certainly tests those boundaries and confrontation is never easy. People are generally not aware of what they say or how they behave. Is it right to punish someone for something that they have no control over? Furthermore, at least 50% of the responsibility lies with me.  Any conflict consists of at least 2 parties after all. But, It really isn’t that easy to turn the other cheek.  And should you? I have tried. A few years back, I had a friendship which started to deteriorate and I really tried to accommodate her. But eventually it was so untenable that when I finally did end the relationship, my feelings were so hurt that it took me months to get over it. I think it would have been better off if I had ended it much earlier and moved on. Yet recently, I had an issue with a new friend. My natural inclination was to let the friendship fade away, but after careful consideration, i confronted her and we sorted it out. Of course that doesn’t work every time. A third option So cutting off people or accommodating them are two options, but perhaps there is a different way. A quote from Buddha, which resonates for me, sums up in essence how to approach this dilemma.

This is really the ultimate in wisdom. (being wise has been a lifelong goal for me :-)) These wise words have a goal and that is to be truthful and helpful at all times towards others. But what does the Buddha mean with this. What does it mean to be truthful. I know enough about the psyche to know that to be truthful is very difficult, especially with yourself; unconscious complexes driving us to believe in a certain point of view often obscure any attempt at realising the “truth”. And then there is the problem of reaching deep down inside and finding the root of your anger or dissatisfaction. Often we say this or that is what upsets us, but actually it is something far deeper. For example, you are arguing with your spouse about them being selfish supporting this with certain events that have happened and their behaviour. And perhaps it is true, that they are selfish, but the real problem is not being addressed because it is buried deep in your soul. Perhaps the underlying problem is that you don’t actually trust them. Also, being truthful can only be in relation to yourself. You can’t be truthful about someone else’s experience. You cannot begin to assume that you know what they are experiencing or feeling or thinking. So being truthful is about your experience and feelings and thoughts. So being truthful is about being able to express how you feel about a situation. But behaving in a helpful manner is quite a different story. Let’s say that your colleague is trying to outdo you to get a promotion and they are spreading rumours about you. Yes, you can be honest and tell them how you feel. But how do you behave in a helpful way. Well I suppose it is easier to look at it from the opposite perspective and say what is not helpful. It is not helpful to be cruel, demeaning, rude, bitchy, bossy, bullying, spiteful, hurtful, horrible, selfish, and vengeful. I don’t have the answer, but following Buddha’s advice, I would keep my mouth shut and not say a word and let the scenario play itself out. Not get caught in the tornado that this person creates and sucked into space to come crashing down afterwards. My Goal Unfortunately, when I am confronted with a situation that requires a solution, I get trapped by that old demon of being right and being heard. I usually get caught up in my own stuff and react and stress and fight. But once the dust has settled, I ask myself, does it really matter? Next year will it be as important to me as it is today? When I am old one day, would I really remember this particular disagreement? Did I achieve anything? If only I could hear between the words, listen carefully to the tone of voice and read the other’s expression without projecting my own issues, fears and wants, I could possibly get hold of the fear driving their anger and be able to say something to them that will give them some peace and respite. This must surely be the superior reaction. At the end of the day, I think that there is only one question. Have I added value to this person’s life in any way? Did I do and say what was needed to be said and done in order to help them on their path? I’m sure going to try. Until next time Anja Hell I must say I loved the book Jonathan Livingston Seagull as a kid. My standard 4 teacher (grade... read more

The Problem with the Payoff

A few weeks ago, I was driving listening to Doctor Eve on Redi’s show. I just caught a bit... read more